RUMAWIP owners may be allowed to rent out units

KUALA LUMPUR: The government will reconsider allowing buyers of the Federal Territories Affordable Housing (Rumawip) project to rent out their units, subject to certain conditions. Federal Territories Minister, Datuk Seri Tengku Adnan Tengku Mansor, said the ministry will further examine the terms and conditions to allow the buyers to rent out their units, following an announcement by Prime Minister Datuk Seri Najib Razak on the matter during last year’s budget presentation.

“We may allow them (Rumawip buyers) to rent out their units, if they were forced to transfer to a location far from the city, such as Sarawak for instance. “Of course they can’t just leave the units (empty).

“We will look into the matter, but they will only be allowed to rent out their units to locals,” he told reporters after launching the 30-storey Rumawip Residensi Sentulmas project here today. Adnan also presented the house keys to 35 owners of the affordable housing units, which were offered at RM300,000 each. Adnan, who congratulated the developer, Aset Kayamas Sdn Bhd, for the completion of the Rumawip Residensi Sentulmas project, said this marks the second Rumawip project after Rumawip Residensi Pandanmas, which was launched in April. He said the government is on track to meet its target of providing 80,000 affordable housing units by the year 2020.

“Up until December last year, a total of 71,554 units or 89.44 per cent of the Rumawip projects are currently under construction, development order category or completed,” he said.

He said that the government plans to offer more Rumawip projects in the future with an emphasis on providing housing units below RM265,000 each. He said stern action will be taken against buyers who were found to have rented out their units to foreigners.

“There were two cases of such incidents recorded so far in Rumawip Residensi Pandanmas and action has been taken against them,” he said. 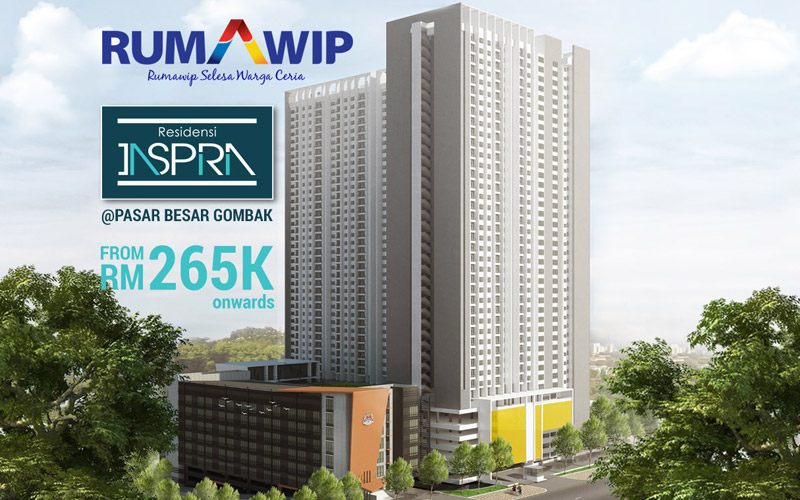